From the desk of CSI: Miami (Fish Edition): Solving an eDNA mystery. NGI Associate Research Professor Luke Thompson and NGI Postdoctoral Associate Sean Anderson have been studying the environmental DNA (eDNA) left behind by fish at the University of Miami dock (pictured), near the NOAA Atlantic Oceanographic and Meteorological Laboratory in Miami, Florida. When they analyzed the data, while many of the fish species detected were expected for the area, they were surprised by several unexpected species, such as rainbow trout. To help solve this mystery, Luke and Sean sent out a survey to fish biologists with expertise in this region. 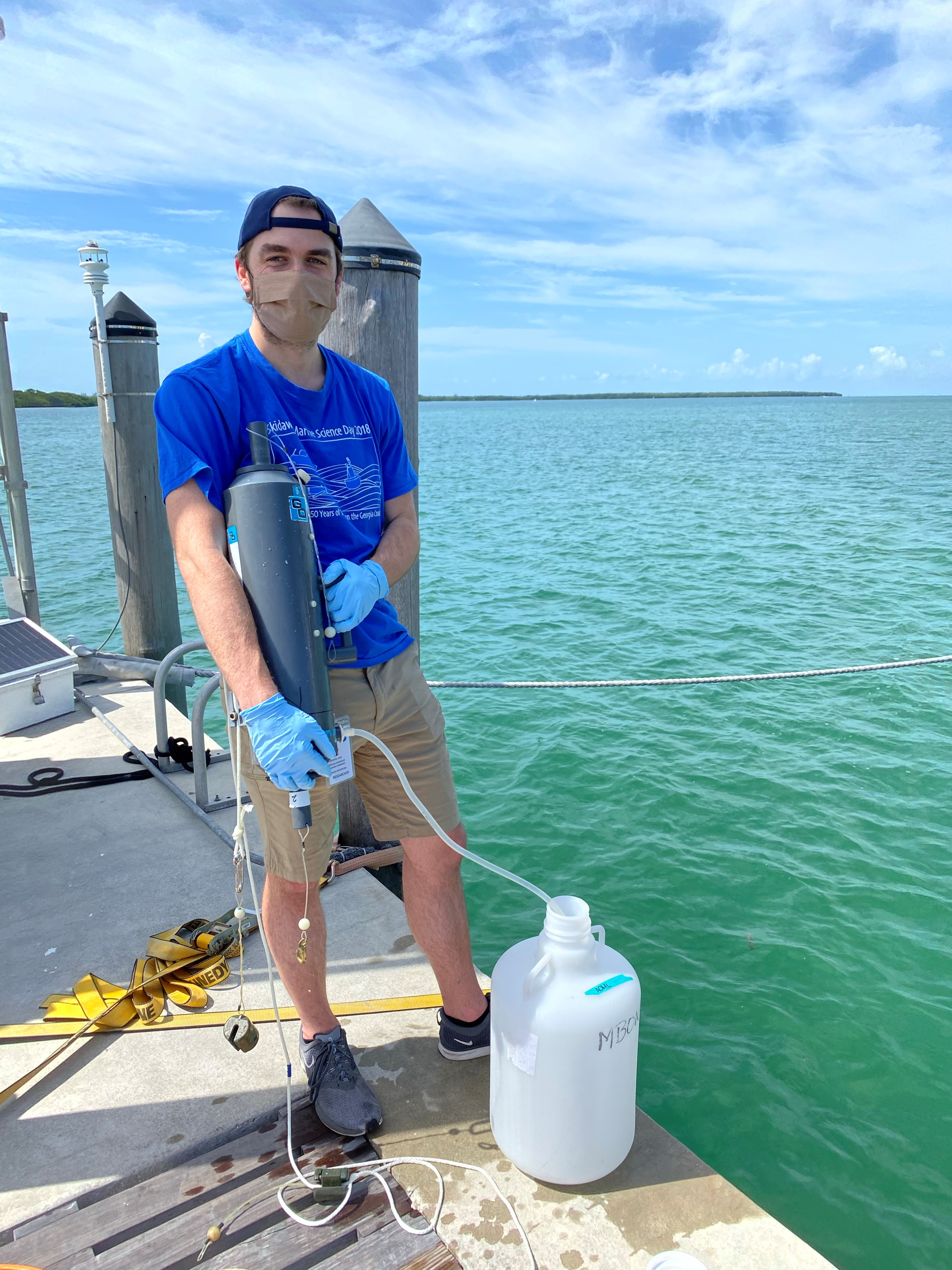 The response was overwhelming: they received over 20 survey responses and emails from expert a-fish-ionados willing to share their knowledge about South Florida fishes. Based on this expert feedback and our own research, 31 of the top 40 most abundant fish sequences could be accounted for as native to South Florida waters at the genus level or lowest assigned level. Regarding the non-native sequences, including the abundant sequence assigned as Oncorhynchus mykiss (rainbow trout), many respondents surmised that this DNA could be coming from fish parts being dumped nearby, with several mentioning the Miami Seaquarium. Luke and Sean subsequently confirmed with the curator of the Seaquarium that, indeed, they nightly dump leftover parts of three feed fishes: Oncorhynchus mykiss, Clupea harengus (herring), and members of Osmeridae (capelins and smelts), which were among the most abundant sequences observed, respectively. Two other non-native sequences, assigned to Ammodytes spp. (sand lance), may derive from common bait fish in fishing activities around Bear Cut. Case closed! ... though not yet peer-reviewed (in preparation). Luke and Sean thank everyone who chipped in on this forensics investigation!

Also In this Issue